It's been hard to figure out what I will work on here in Iowa. I have been trying to foster a relationship with the landscape but it has been a little lackluster so far. In the past I have found images of flooding in the mid-west to be very engaging so I have tried using local flood images as an entry point, but it feels a little insincere. After a few dreary boring days where I wasn't sure what to do with myself I became aware that I was regularly, and somewhat creepily, staring out my windows. 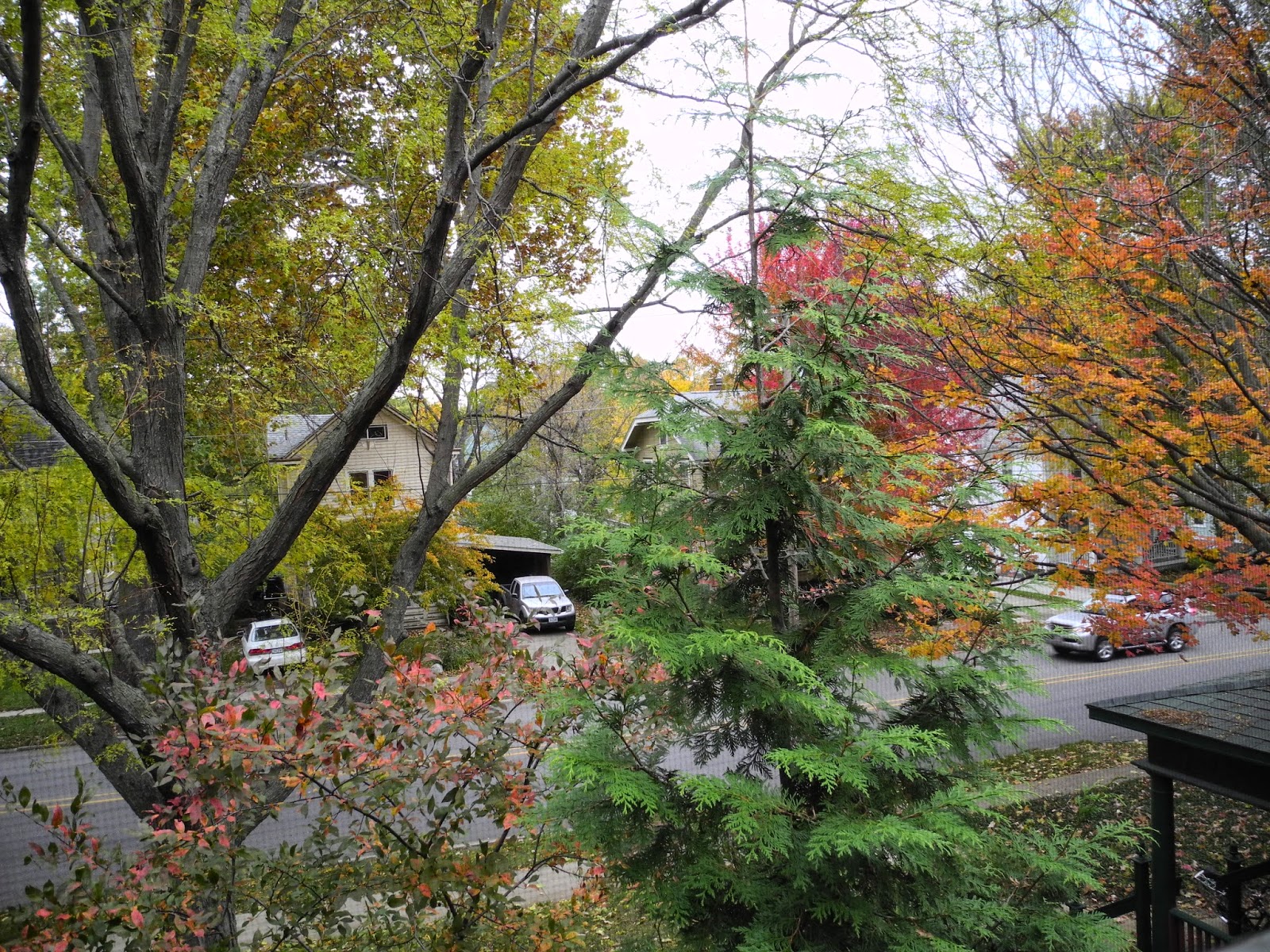 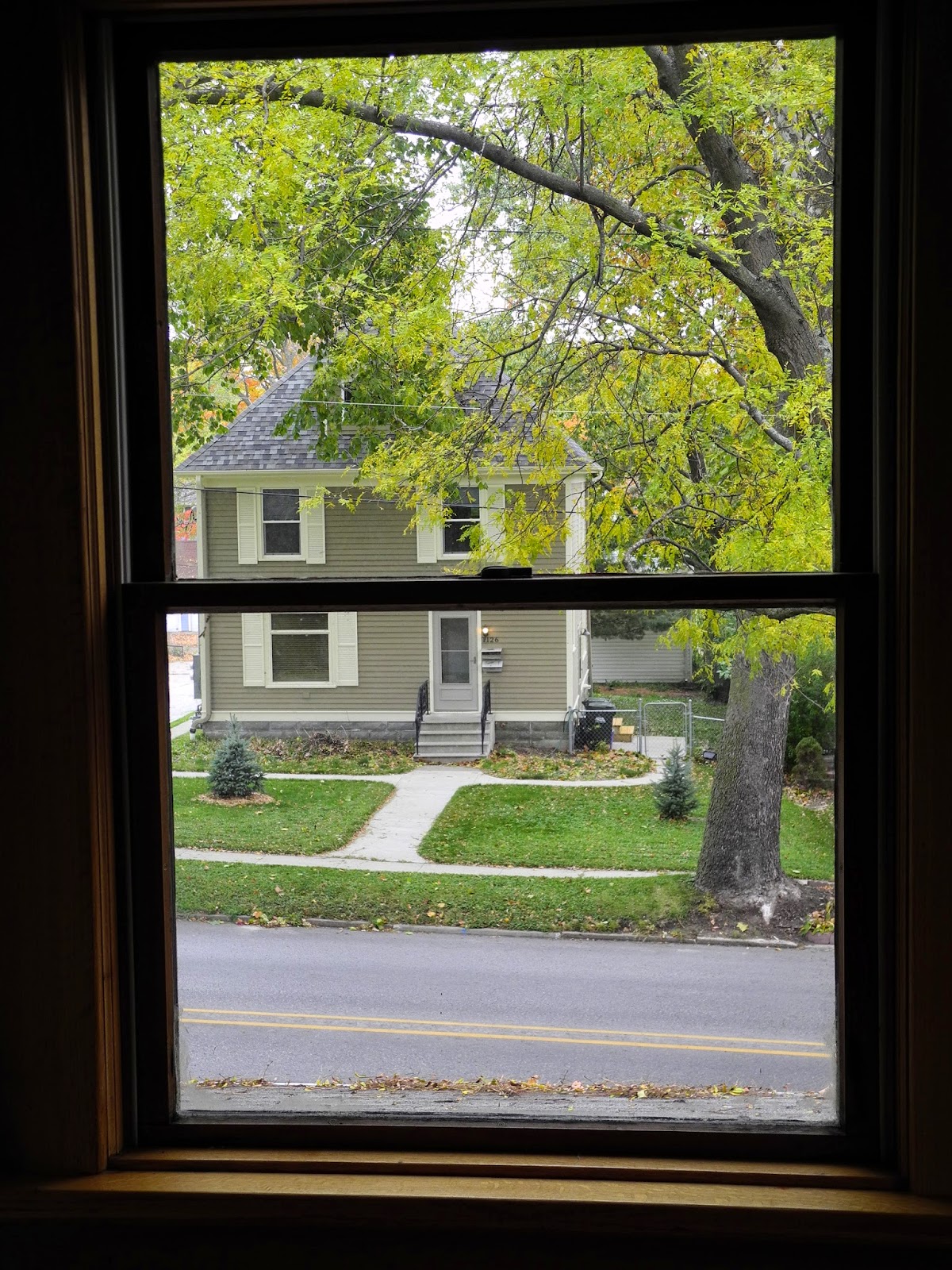 For a while I had been looking at houses from the outside; noticing how they shaped the landscape around and between them, and imagining how the landscape looked before the houses were there. It was a strange blend of appreciation, jealousy, fantasy, disgust, and nostalgia. I looked at these houses while walking my dog in my parent’s neighborhood. We walked there because we lived there, in my parent’s attic, despite my age and degrees and effort and tenacity and, as my parents had always heard in parent teacher meetings, potential.
As I looked at the modest colonial houses I both wanted and rejected what I saw. I wanted the stability and the comfort and the light, space and porches; and I rejected the order – and the stability. I’d imagine the commitment of having a mortgage and feel sick. To escape I would travel back in time and imagine what the landscape looked like before all the uncomfortably appealing boxes were built. A time when the systems of nature dominated, and people were rightly submissive to those systems. I had been struggling so long to gain a foothold in the unnatural systems we have created that I was nostalgic for a world with no penicillin and a very short life expectancy.
Two months ago I moved out of my parent’s attic and into a house in Iowa City. I live in this house with 2 staircases alone and free of charge. I am a fellow and visiting professor at the University of Iowa for the year and the job comes with this beautiful house. So now I am on the inside looking out. I do not have a mortgage but for the first time in my life I have a car payment. I have this massive possession, which I do not own. I have a foothold in one of those man-made systems, and it has wrapped itself around my ankle.
Posted by Michele Lauriat at 3:58 PM 1 comments

My show at UMass Boston is up! 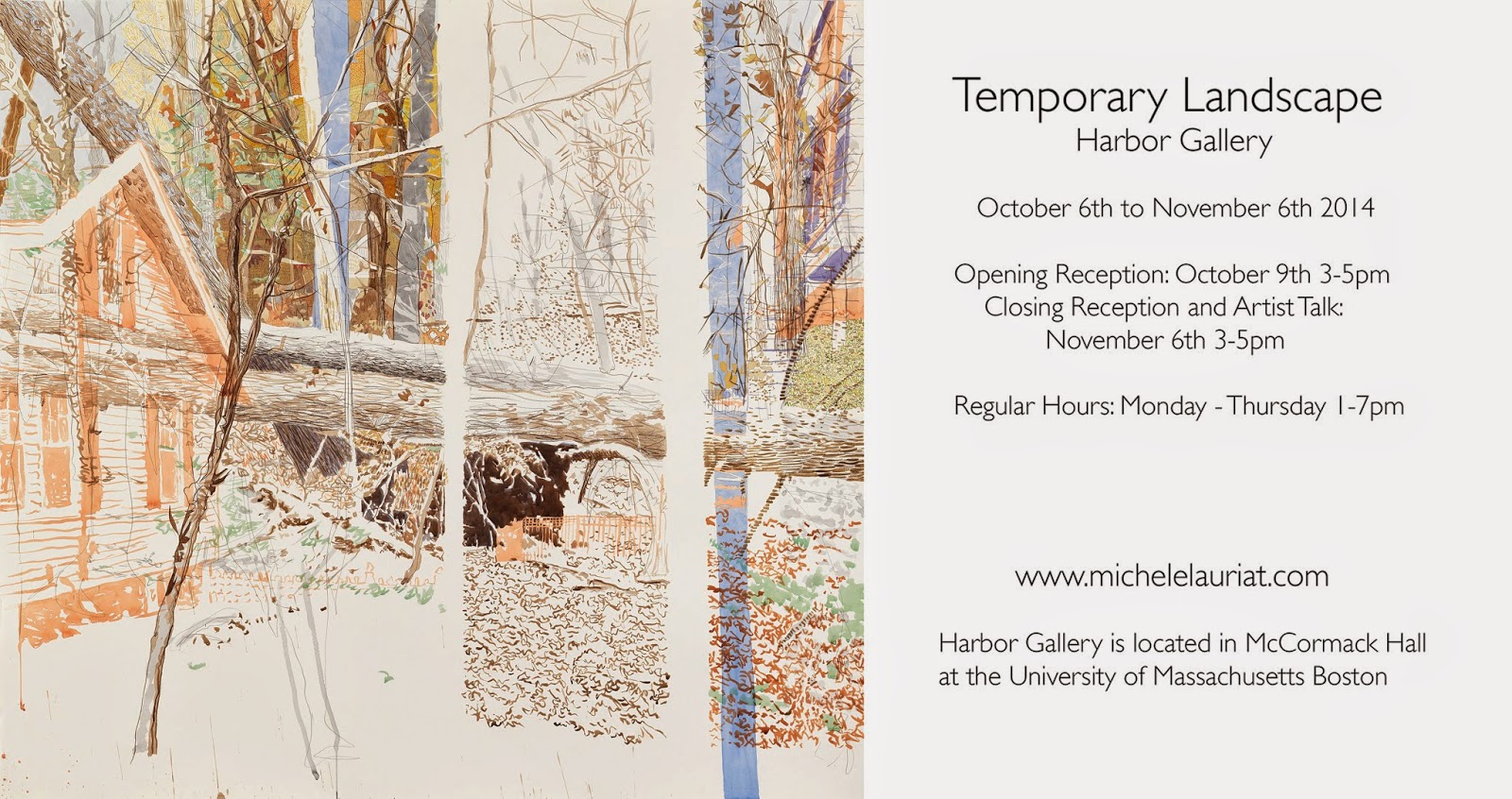 Posted by Michele Lauriat at 11:19 AM 0 comments