After picking some basil in the school garden, a bi-lingual pre-school student of mine held his fingers up to my face and asked me to listen to his fingertips. I knew from his actions leading up to the request what he meant. I had watched him picking the basil, smelling it, smelling his fingers, pushing his fingers towards his brother’s nose for him to have a smell – so I knew what he wanted as he came walking over to me with an ear-to-ear smile on his face and his fingers held high. I had even begun to lean forward to oblige him before he had his question out. When I heard his request for me to listen to his fingertips, rather than smell them, I had a moment of cognitive displacement. There was a mental fold that occurred and I think I tried to hear through my nose. It was as if I had stubbed my brain- it didn’t hurt, but the flow of understanding had stopped short. It only lasted a millisecond. All of the other cues I had observed were pointing me in the right direction, even if what I think of as the most direct cue was off by a quarter turn of the head. Once I had regained my bearings I smiled and said, “You mean smell.” He nodded, grinned his big semi toothless grin, and told me that in Italian the word is the same for both. As he hopped away I was left thinking about how circumstance and gesture defined our interaction, not language. Hearing the wrong word threw me, while actions and gestures grounded me. The authority I gave to the word surprised me. Despite the mountain of information pointing me towards the correct conclusion, the displacement of one word, one negligent sign out of hundreds of reliable ones, caused me to stumble.

I have been applying to writing jobs recently. Above is one of the writing samples I have been sending out. Just thought I'd share.

Posted by Michele Lauriat at 9:42 AM 0 comments 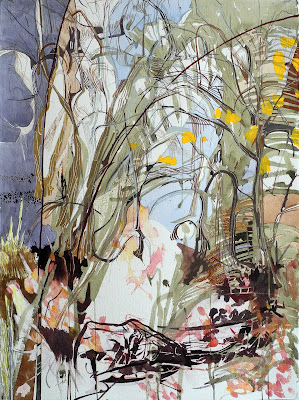 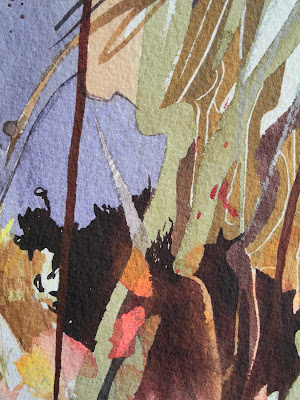 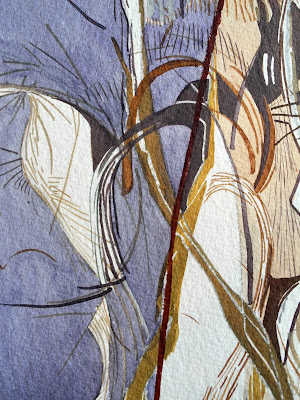 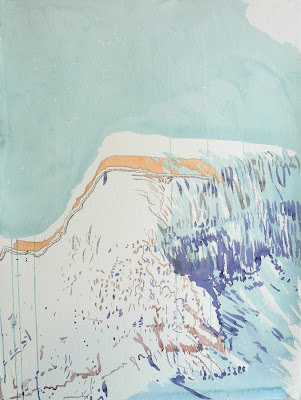 Grand Canyon - by the Colorado River 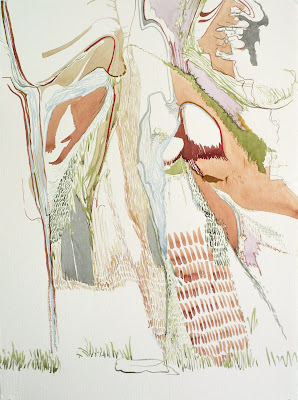 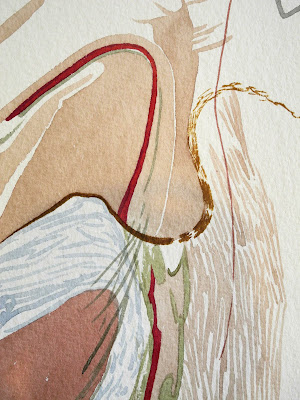 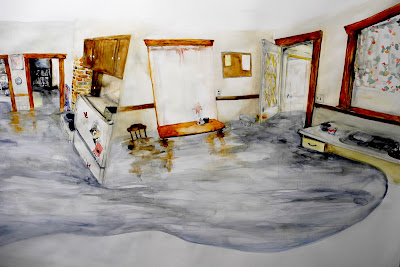 As the manager of SM&KK studios gallery night I am proud to present the work of Sarah Purnell! If you are in Chicago this friday March 9th, please check out her work. Details in the link below.
http://www.chicagoartsdistrict.org/event_detail.asp?eventid=846
Posted by Michele Lauriat at 10:59 AM 0 comments